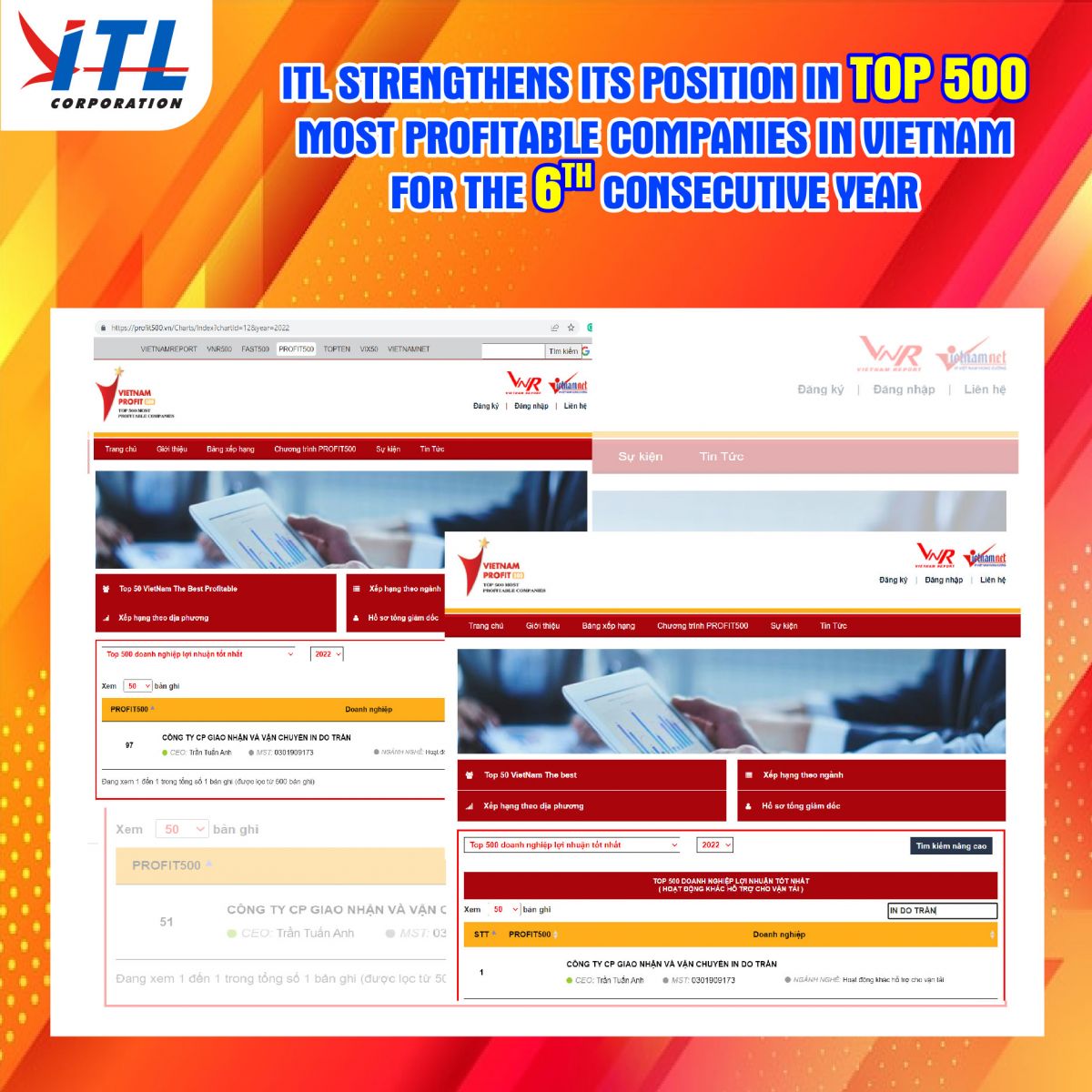 Especially, this is the 6th year that the PROFIT500 ranking has been announced and ITL has strengthened its positions in this ranking for 6 times.

The honor becomes even greater when the two members of ITL Corporation: South Logistics Joint Stock Company (Sotrans Logistics) and Southern Waterborne Transport Corporation (Sowatco) are also listed in the PROFIT500 ranking with the positions of #177 and #228 respectively in Vietnam’s 500 Most Profitable Private  Companies In 2022; #311 and #377 in Vietnam’s 500 Most Profitable  Companies In 2022.

The PROFIT500 ranking has been evaluated objectively and independently based on the weight score calculation with the main criteria such as the indicators reflecting profitability (ROA, ROE, ROR), profit before tax and revenue of businesses aiming to honor businesses with good profit-generating ability and potential to become the pillars for Vietnam's economic growth.

Survey of the most profitable companies in Vietnam conducted by Vietnam Report in August recorded a very positive recovery of domestic businesses. More than two-thirds of businesses share that revenue has returned or exceeded pre-pandemic levels. However, businesses also face other major challenges such as increasing inflation pressure; Political and economic instability in the world; Disruptions caused by pandemics and supply chain disruptions,…

This achievement is a deserved recognition for all ITL members’ constant efforts. This is also a driving force for us to achieve greater success on the journey to become National Champion.